Skip to content
ZOOM EVENT:
Paul Carroll in conversation with Chris Moody. Wednesday 3 March, 6pm
This event takes the form of a Zoom meeting during which presentations are made by both Paul Carroll and Chris Moody followed by discussion and Q&A.
Chris Moody is a local activist, cartoonist and photographer who is known for promoting biodiversity of urban waterways as well as documenting the demise of the River Bride in Blackpool where he lives. Read more about Chris.
https://www.drawingsbychrismoody.com/
The Human Animal, Backwater’s 2021 artistic programme, is supported by an Arts Council of Ireland Project Award and through the Cork City Council Project Scheme.

Redd is a new series by photographer Paul Carroll that explores how people and communities in Ireland interact with a selection of the 70000km of waterways contained within the 3192 inland water bodies on the island. It captures people’s oft-times adverse interaction within the water environs resulting in a dream like transient series of images of everyday items. The series of photographs will be available to view on this page 1-5 March. 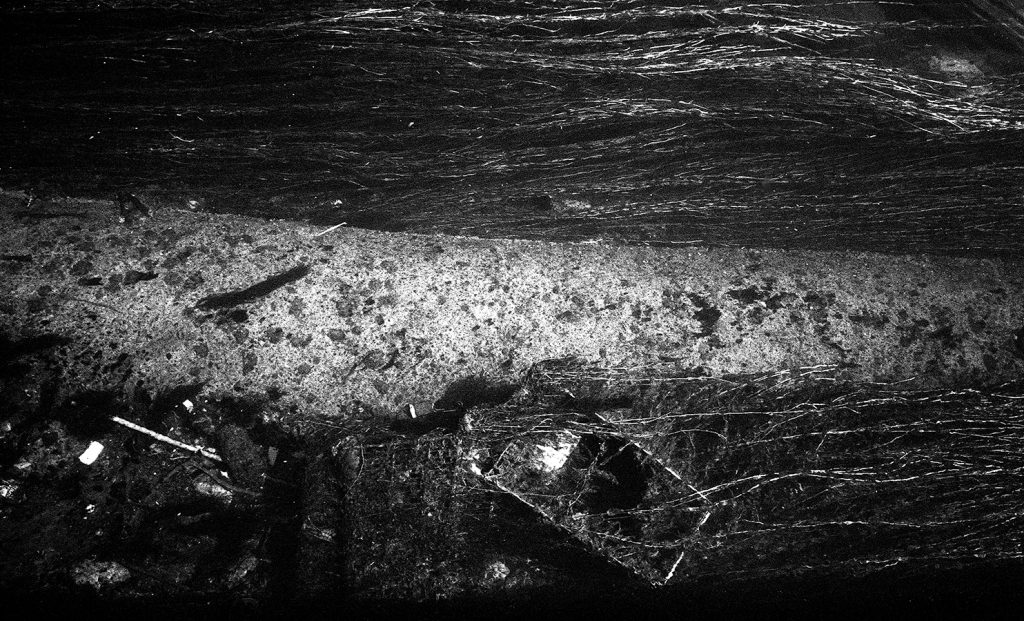 “Bed of trolley was one of the first images captured for Redd. At this point the series was a very loose concept. It had no shape and structure and also had a different working title. The title Redd came from an accidental meeting with a fisheries expert. He kept using the phrase ‘the fishes redd’ which he explained is their bed or layer. The image in some ways is a perfect summation of the series; the vehicle for throw away consumer culture nestling and becoming part of the environment it was never supposed to have inhabited.” Paul Carroll, 2021 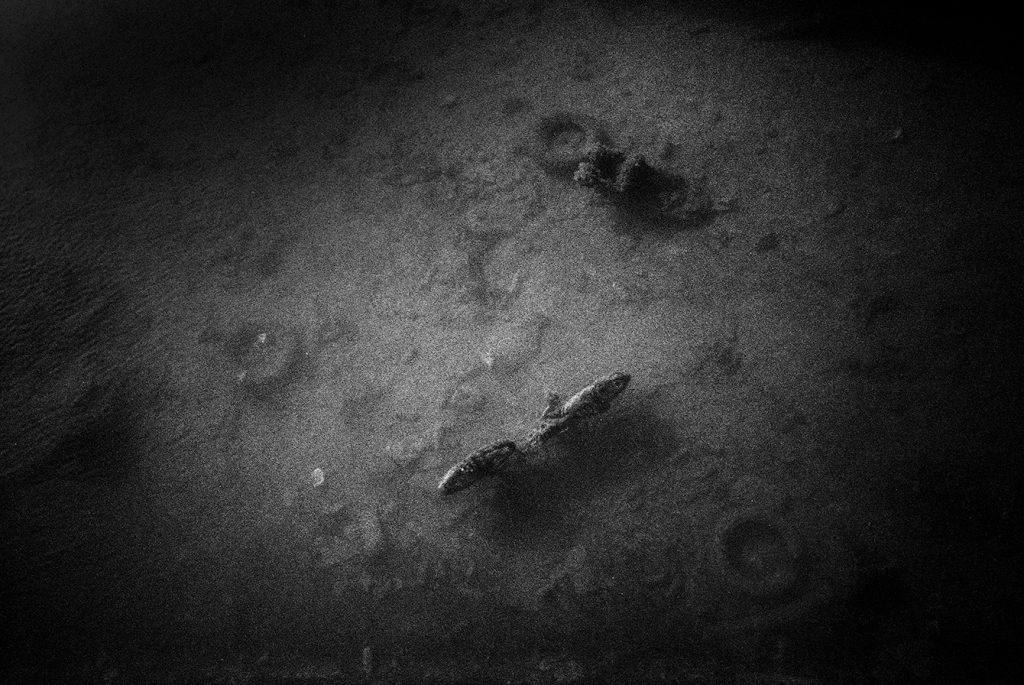 “What is it about bikes being thrown in rivers? There has been multiple occasions for me to shoot bicycles in various states and forms within the river landscape. This one literally and figuratively stood out with a perfect triangle of tires framing the bike. Irish novelist Flann O’Brien would have had to update his Atomic Theory of the bicycle for our 21st century predilection for discarding them in a watery grave.” Paul Carroll, 2021 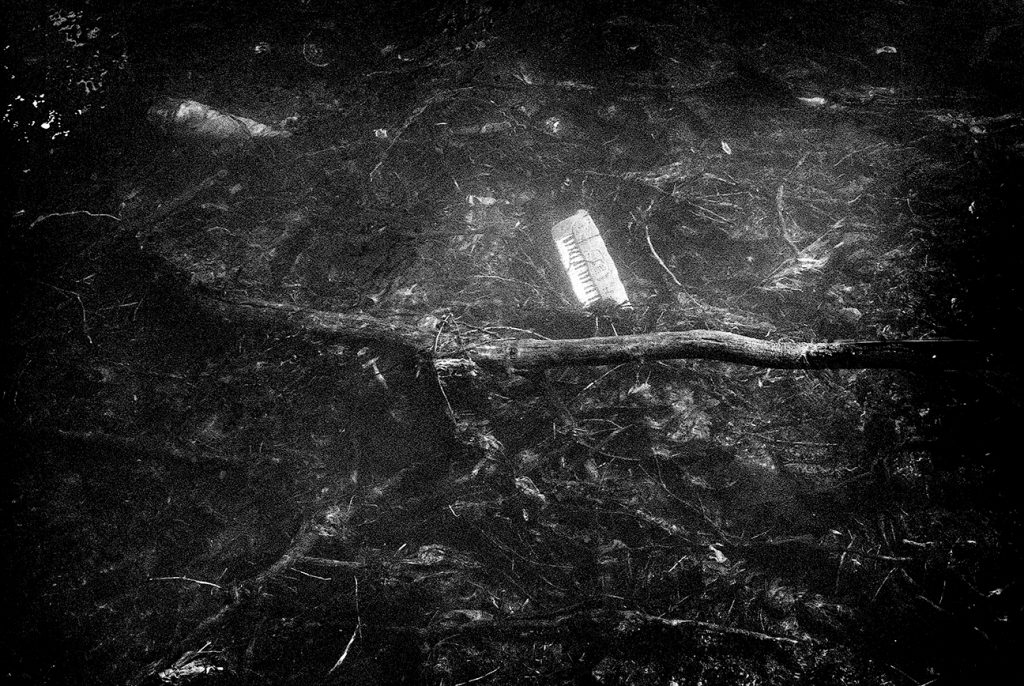 “The day the keyboard died is one of the more peculiar finds on the journey of creating Redd. Inhabiting a space in a fallen tree in close proximity to a road cone it created more questions than answers. Some clues may lie in that it was captured on a Sunday morning, the possible fallout of a drunken Saturday night out. The title is a play on the line “the day the music died” from Don McClean’s song American Pie. The line refers to the plane crash in 1959 that killed early rock and roll performers Buddy Holly, The Big Bopper, and Ritchie Valens.” Paul Carroll, 2021 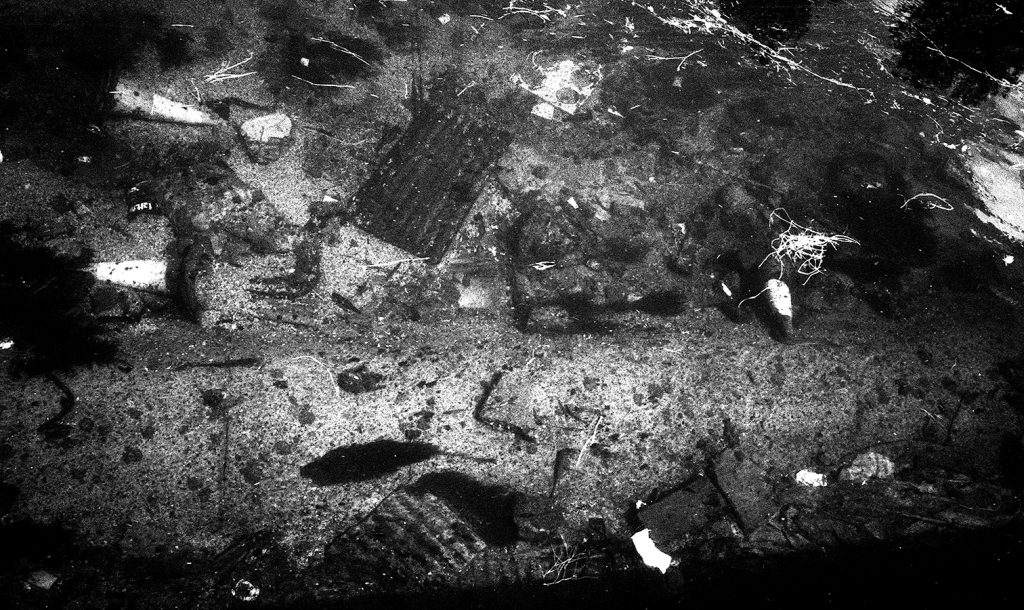 “The Myriad is one of the earlier images captured for Redd. The image doesn’t do full justice to the mess; an oven top, multiple cones and galvanised metal populate this particular waterway. This is one of many moments of observed environmental damage that caused me to pause. On these occasions a quote from Bill Hicks always came to mind: “We are a virus with shoes”. One passer by said he planned to use the items in the water to create a community art piece, a reconstitution of destruction into creativity.” Paul Carroll, 2021 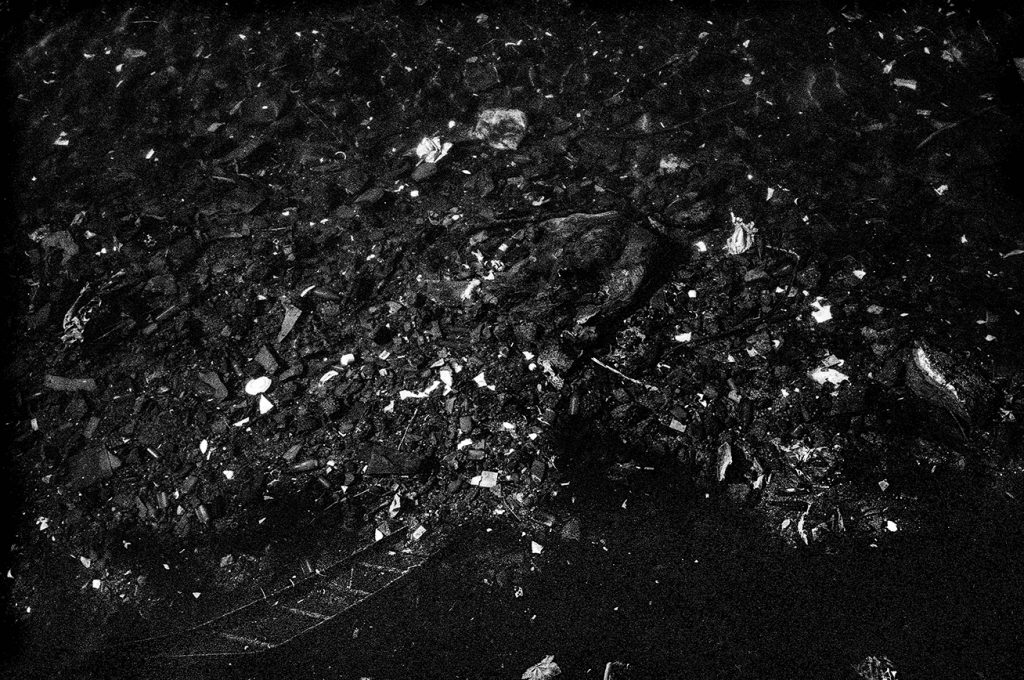 “Jacob’s ladder takes its name from a biblical story, in which the ladder signifies the ‘bridge’ between Heaven and earth as prayers and sacrifices offered in the Holy Temple soldered a connection between God and the Jewish people. The ladder in this instance connects us to discarded carpet, plates, cups and other pieces of rubbish littering one of our once pristine waterways. In the 1980s there were 500 pristine waterways within Ireland. As of 2019 there are 20.” Paul Carroll, 2021 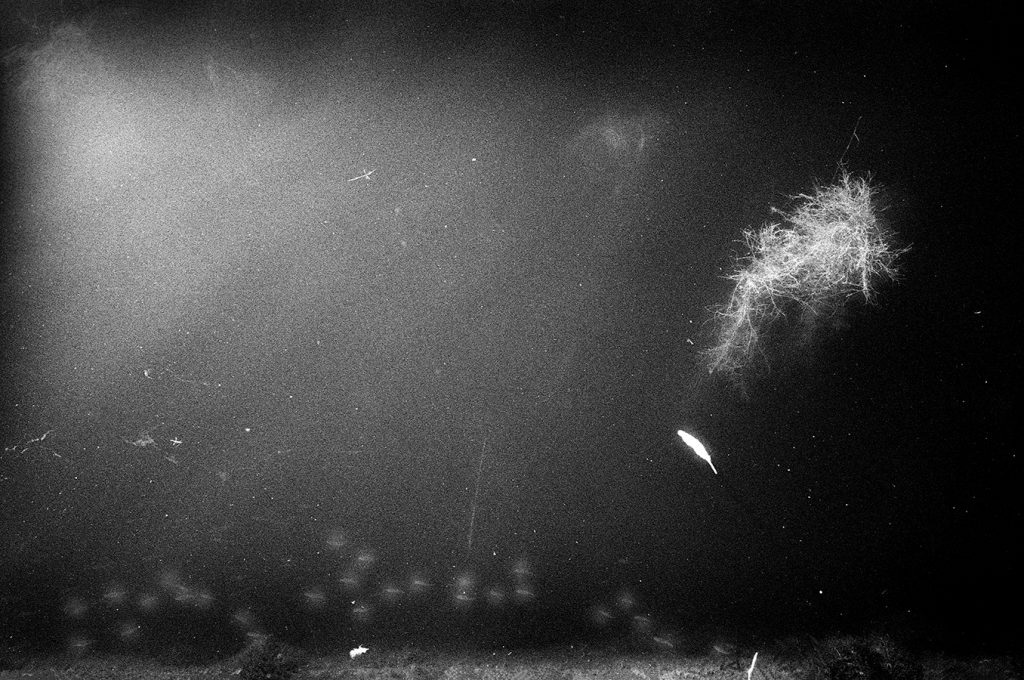 “Minnows swimming in a heavily polluted urban waterway. Algae is often an indicator of pollution and a lack of oxygen in our rivers” Paul Carroll, 2021

“Of primary importance from an ecological and public health perspective is the abundance of nutrients containing nitrogen and phosphorus. The N:P ratio often determines which algae genera are dominant, present or absent in these nutrient-affected water bodies. Sources of the inorganic compounds that contain these elements include household laundry detergents, commercial fertilizers used for lawns and agriculture, and stormwater runoff, along with organic pollution from sewage-related sources including leaky septic tanks and livestock waste.” www.walpa.org

The main focus of Paul Carroll’s photography practice is the intersection between Irish communities, their surroundings and the environment. This approach led him to question the unique ways in which these communities interact with the Irish landscape throughout the 32 counties on the island. Between 2009 and 2016, travelling 50000kms, he focused on capturing grassroots Gaelic games, the communities where they are played and their surroundings. The resulting photobook and series Gaelic Fields has been exhibited nationally and internationally. It was the focus of a solo show in coordination with PhotoIreland/The Library project, Dublin in 2018. Later that year it featured in a group show in The Gallery Of Photography in Dublin. The book was also nominated for the Mack First Book Award in 2018 by the director of The Gallery of Photography after being selected as The Irish Times editors choice photobook of the year in 2017. It has been exhibited internationally at the prestigious Photobook week Aarhus in Denmark in 2017 and at the Lodz Fotofestival in Poland in 2019.
www.gaelicfields.com
www.twitter.com/gaelicfields
www.facebook.com/Gaelicfields
www.instagram.com/gaelicfields