Padraic Barrett’s performance art and video installations draw focus to the imperceptible forces of surveillance capitalism and its role in the engineering of perception management on a mass scale and the gradual deterioration of the human condition. By placing the naked queer body in suspended and simulated spaces in time, the work alludes to the activation of a state of heterotopia. The artist merges performance, film and installation to focus on the impact of a bewildering and constantly changing political theatre. Identification with shamanistic ritual provides scope for the artist to take on the role of the performer as avatar and facilitates an investigation into the possibility of rebalancing the place of human beings within the natural world. The inscriptive capitalist ideals that are scripted onto the body, as well as the various ways in which strategies of power are stage-crafted, signify a ceaseless search for the threshold between reflection and transformation. Explorations of technological dispositifs and cognitive processes are probed to convey oppositional forces through a transcendent narrative that initiates a dialogue between sacrifice and rebirth, virtual and natural, the weighted and the invisible.

Padraic Barrett holds an MA in Art & Process and BA in Fine Art from CIT Crawford College of Art and Design. He was the recipient of the 2019 Ciarán Langford Memorial Bursary from Backwater Artists Group.

This exhibition is part of the The Human Animal, Backwater’s 2021 artistic programme. Supported by an Arts Council of Ireland Project Award and through the Cork City Council Project Scheme. 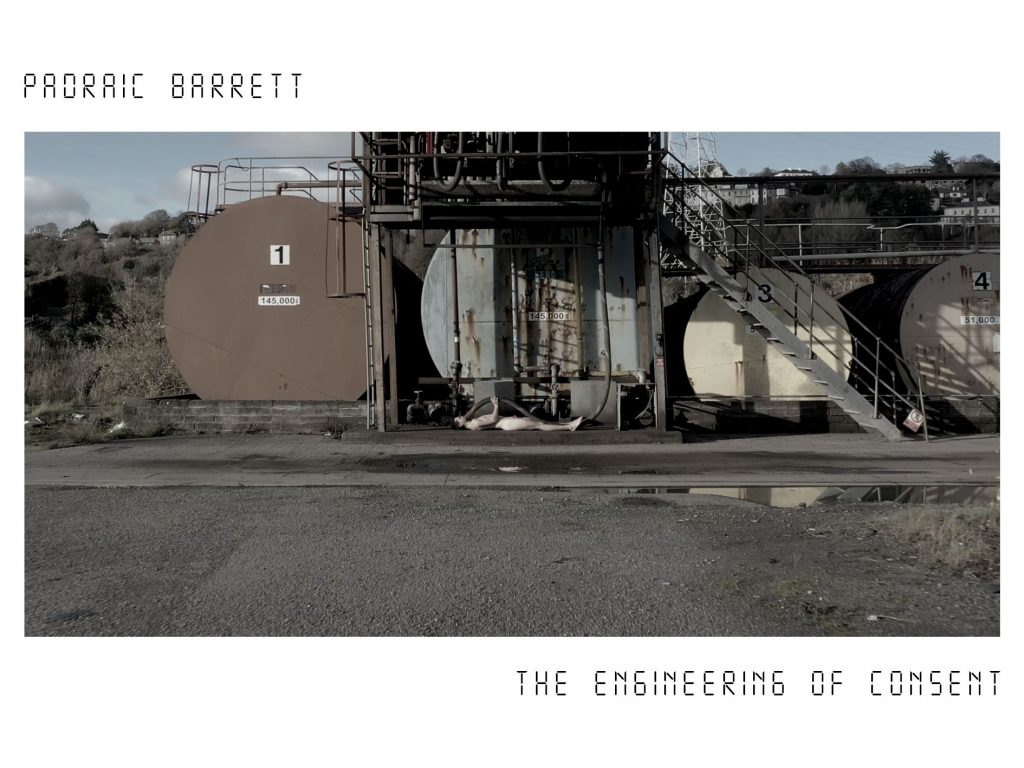