EXHIBITION
Available online on this event page from 12 April, 9am
All sales enquiries by email to projects@backwaterartists.ie 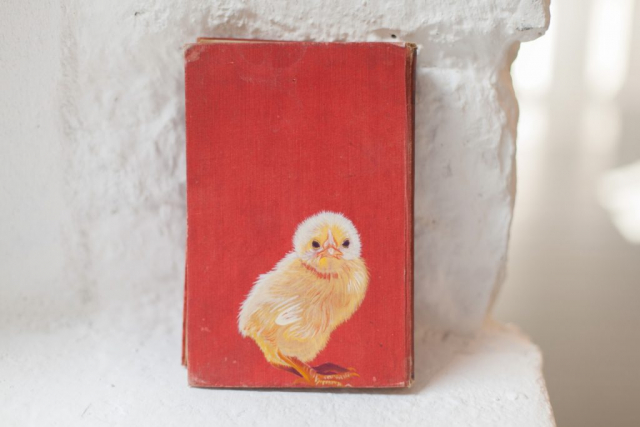 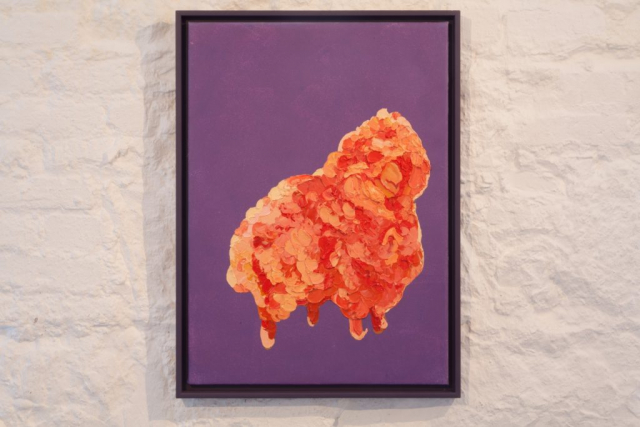 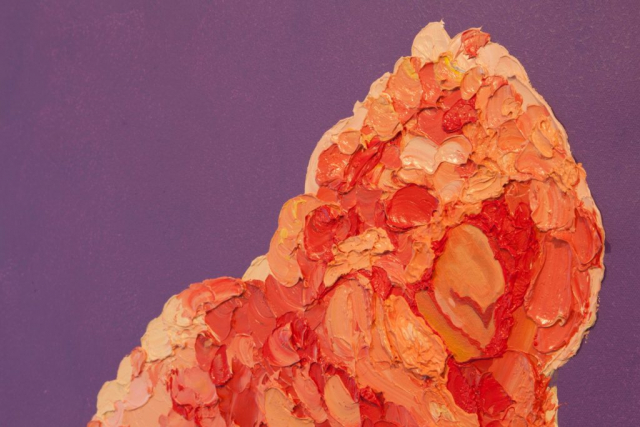 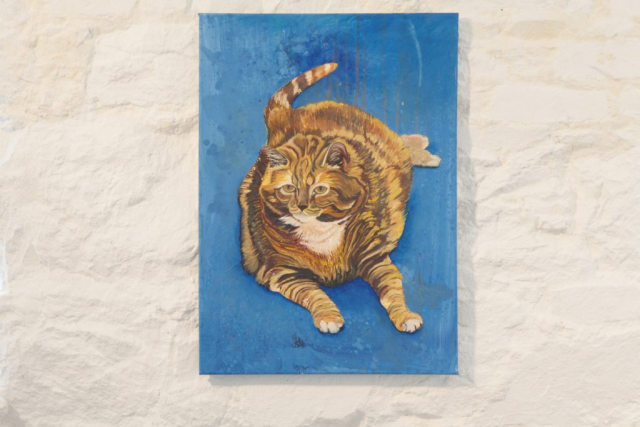 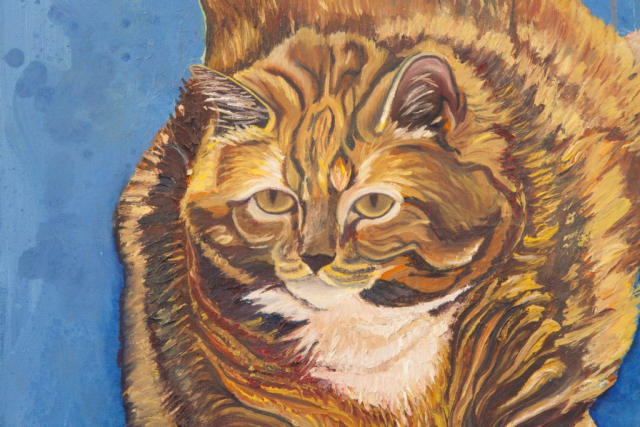 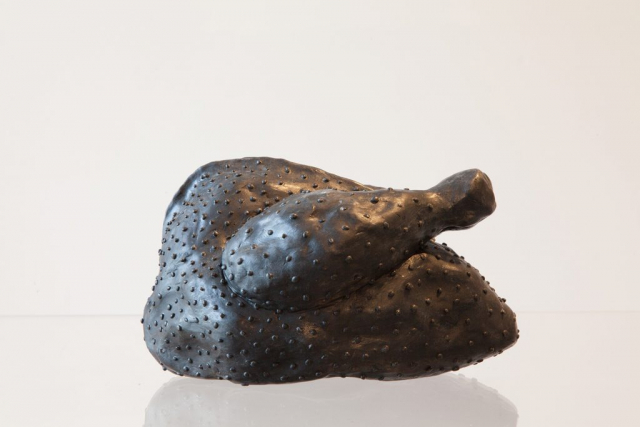 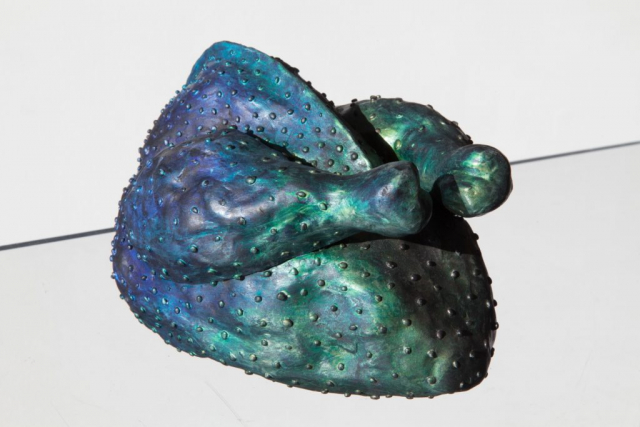 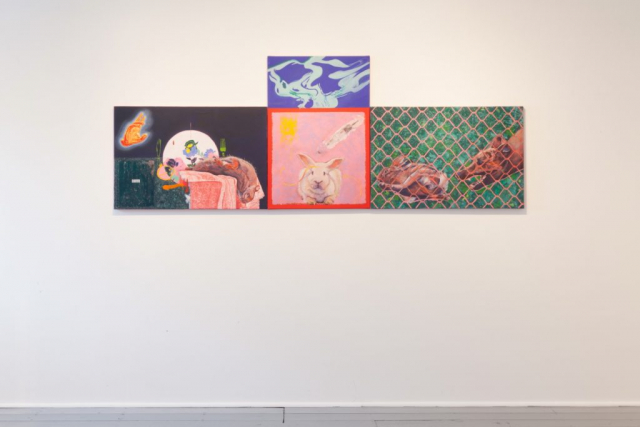 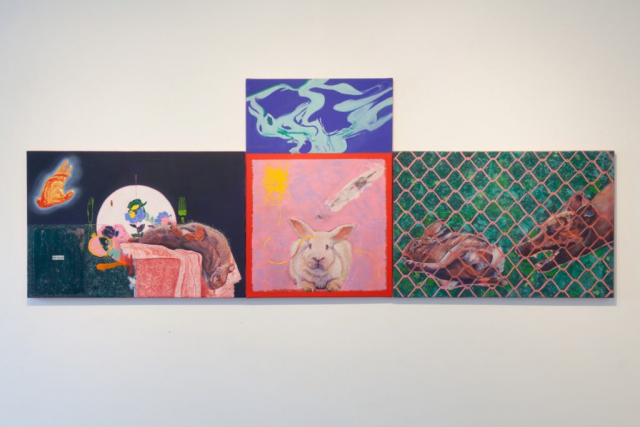 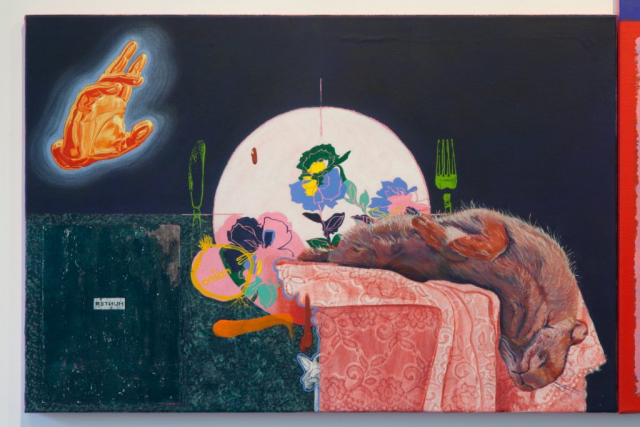 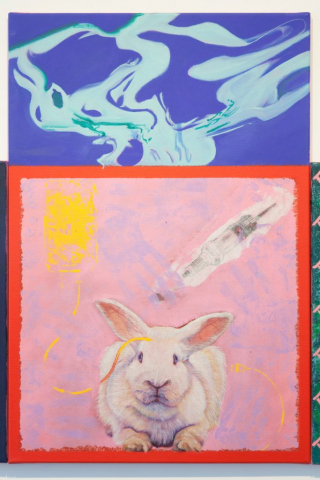 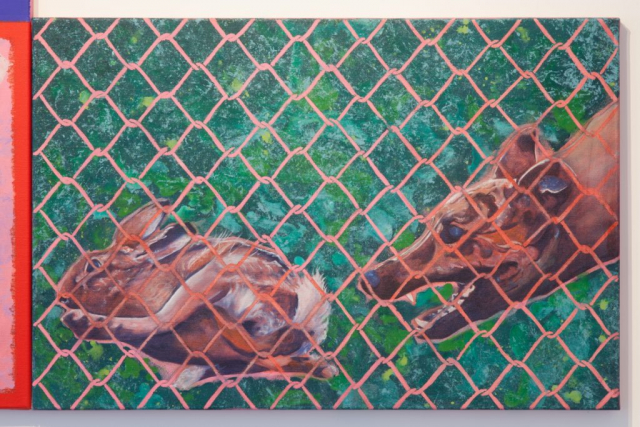 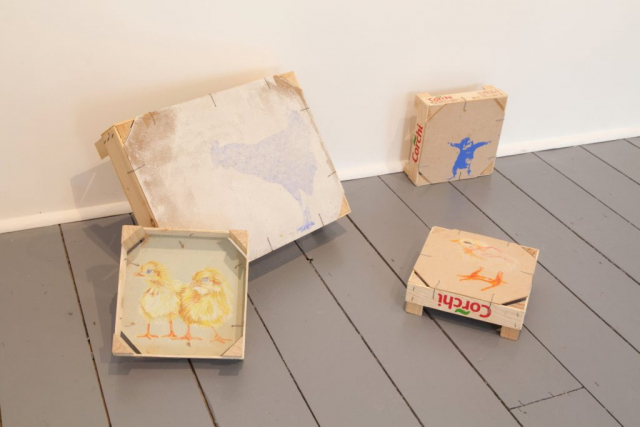 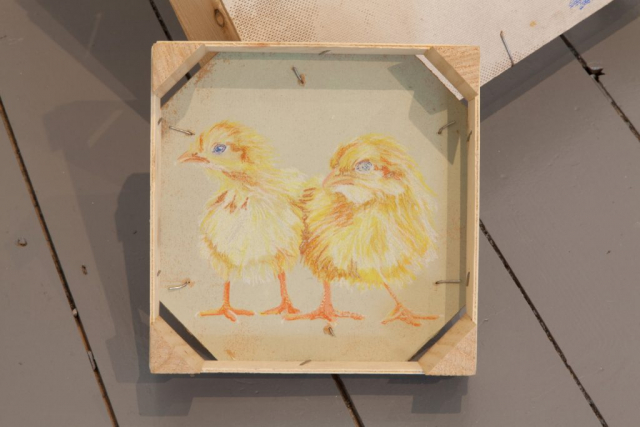 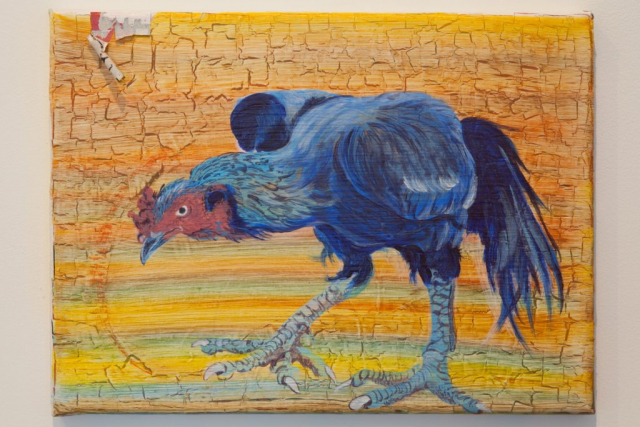 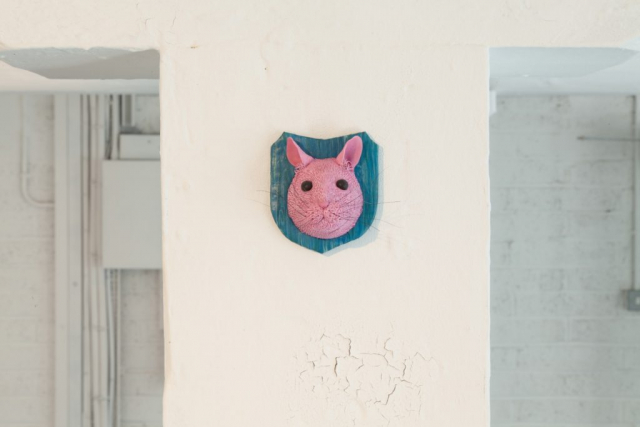 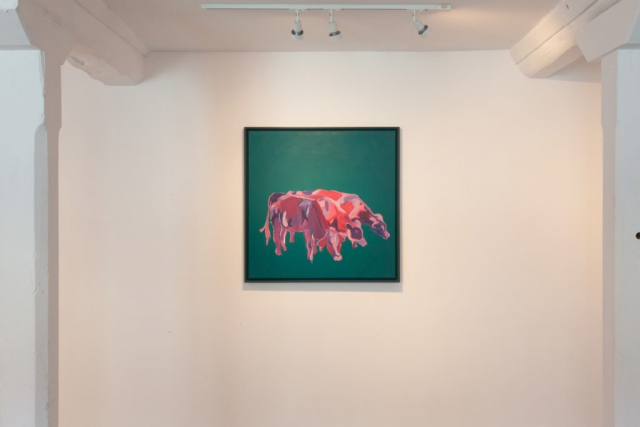 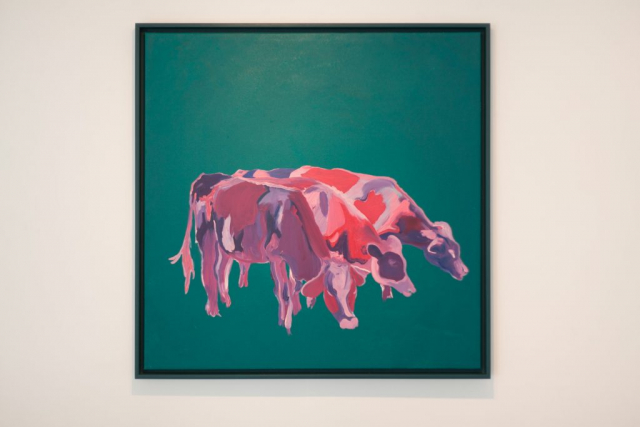 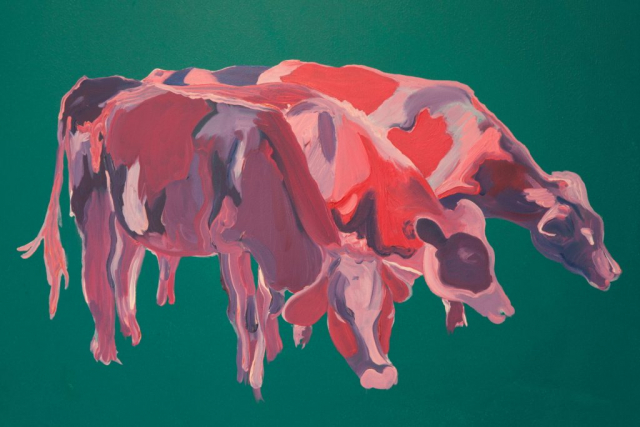 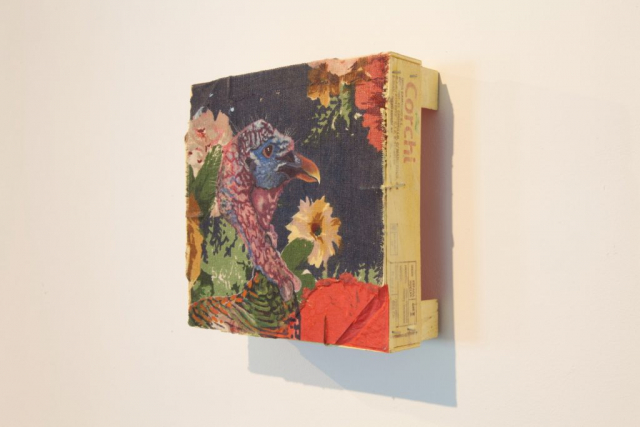 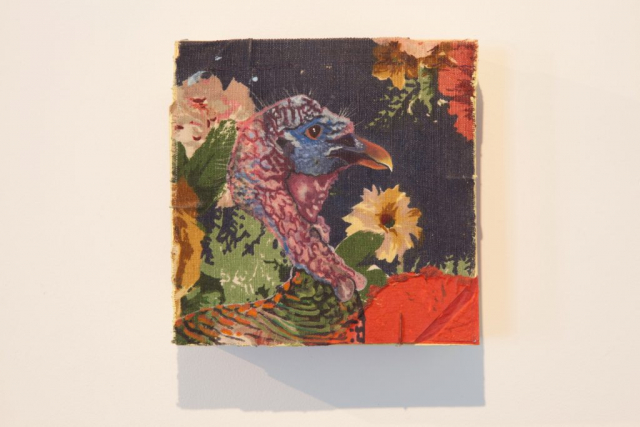 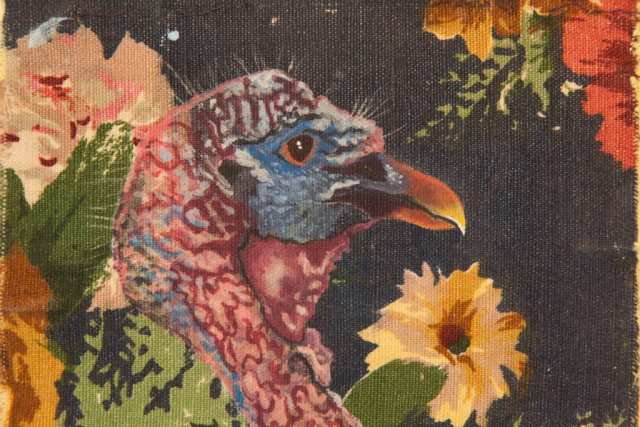 The prevailing theme in the work of Katrīna Tračuma is humankind’s estrangement from nature, as viewed through the lens of our relationships with other species. An innate tendency of humans to anthropomorphise fellow animals and the psychology behind that tendency also informs the work. This dysfunctional kinship is explored through the mediums of painting, sculpture, print and installation; using mostly salvaged and reused materials – as maintaining an environmentally friendly artistic practice is an important aspect of the work. Utilising bright pigments and striking colour combinations, to draw attention to this matter in an engaging way, bold brushstrokes are balanced with intricate details in a language of symbolic imagery and metaphors.
The exhibition Beasts presents artwork made between 2016 and 2020. The work is political in nature and engages the viewer in philosophical considerations towards the daily acts of speciesism.
ZOOM EVENT
Thursday 22 April, 1pm. WATCH RECORDING BELOW.
Virtual tour and conversation between Katrīna Tračuma and guest Sandris Ādminis.
Backwater Artists Group invite you to join us for a virtual tour of the exhibition Beasts by Katrīna Tračuma, featuring the artist and special guest Sandris Ādminis, an independent animal rights journalist, social activist and producer of Zootehnikums, a Latvian radio show that reports on human-animal relations. During the virtual tour of the exhibition Sandris will provide contextual insights into the various themes in Katrīna’s artworks.
Born in 1993 in Dobele, Latvia, Katrīna Tračuma grew up traveling extensively throughout Europe and for a short period as a teen she also attended school in Northern Ireland. Awarded the Joan Clancy Gallery Prize for her degree show work at MTU Crawford College of Art & Design, she was also a Commended Entrant, reaching stage 2, of the Global Undergraduate Awards judging process and a winner of the Visual Arts Award at the Galway Fringe Festival in 2018. Katrīna is also a recipient of the Backwater Studios Graduate Residency Award for 2019. Since graduating she has exhibited extensively throughout Ireland, as well as in Russia, Spain, Northern Ireland, and England. Katrīna is currently completing an MA in Fine Art at the Belfast School of Art.
Sandris Ādminis is an independent animal rights journalist and social activist from Latvia with a background in philosophy and critical thinking. Since 2008 he has been involved in public discourse on the subject of human interaction with other animal species. This has included contributions to Wikipedia, writing for online journals, organising charity events, bringing workshops to school children and giving public talks in Latvia, Estonia, Lithuania, Spain and Malta. He is the creator of Zootehnikums, a multimedia project covering human / non-animal relations, including a radio broadcast as part of Radio NABA by the University of Latvia. He is also an organiser for the Riga Animal Save community and has given a TED talk “The Elephant in the Room: A Look at Animal Rights”.