I have always considered drawing not as an exercise of particular dexterity, but above all as a means of expressing […] descriptions of states of being (Henri Matisse, ‘Notes of a Painter on His Drawing’, 1939.)

There are no lines in nature. Any beginner can learn this if he sits down in front of his house with a pencil and tries to reduce what he sees to a series of lines. (Heinrich Wölfflin, ‘Dürer’s Drawings’, 1905.)

The epigraphs which introduce this text both point to and situate drawing as a practice that is fundamentally fictive. For Matisse, to draw is not an act to re(-)present, on paper, an object or scene out in the world, but instead an endeavour that expresses “descriptions of states of being”. To draw then is to partially construct — or diagram — some kind of diffuse and ephemeral mode; it is an attempt to capture and image an essence which lays beyond, or beneath, the realm of visual perception. And it manifests this form in line; pencil, or other similar implement, pressed against paper, and directed upon a navigational trajectory of which there is no concrete beginning or end; because that thing, or non-thing, being drawn has, of course, no such boundaries or coordinates which could be translated into this principle aspect of the discipline. As Wölfflin’s comment attests: “[t]here are no lines in nature”. And so we might propose — although only tentatively, as any declaration based in fiction must be qualified — that drawing, at its core, signifies the process of fictioning reality.

Drawing as the emergent rendition of partially realised ideas and forms is an obvious truism. Preparatory sketches have always played a crucial role in visual arts practice. I draw in advance to get an idea of the final representation. And because of this, drawing has often, historically, been demoted in the hierarchy of the autonomous fine arts: the prelude to something else. Although the Wölfflin quote was originally published in the venerable art historian’s first major monograph Die Kunst Albrecht Dürers (1905), I first happened upon it in an introductory essay to the illustrated folio Drawings of Albrecht Dürer, produced by Dover Publications in 1970. I’ve always been more inclined towards the drawings of the Renaissance masters; the strange and almost alien-like quality of their half-finished constructions demonstrative of Freud’s Unheimlich. Fish-bone-like, something is missing, as capricious ambiguity maliciously overrides the blunt mimetic exactitude of figurative representation. As Mark Fisher might have said, pictures like these are eerie, as their presence demands us to ask: ‘Why is there nothing there when there should be something?’[1]

In the book of Dürer’s drawings there is a sketch dated from 1508 which has been given the title Study in Drapery. It is a study — a preparation in advance — rendering the volumetric form and intricate folds of Christ’s gown as they were to be depicted in the ‘Coronation of the Virgin’ section of the Heller Altar — a collaborative triptych by Dürer and Matthias Grünewald executed between 1507 and 1509. Herein the entire upper-half of Christ’s body is “missing”, with only the left-foot, bearing the stigmata, present to remind the viewer that something is supposed to be inhabiting this garment. Regardless, this visible lack of the body emphatically declares that what is being perceived is a half-finished illusion. The explicit processual and pre-emptive status of the image is suggestive of something increate. When gazing at the final painting we know that there is nothing — no fleshy trunk of bone and muscle — underneath the cloak, yet we allow our minds to fill in the blanks of the artificial model. That is the trick of figurative representation. But in the case of this drawing, we are unable to look away from the reality that the model isn’t formed but forming, with the torso’s absence gesturing towards the catastrophe that is a void of representation, and with it a void of knowing itself.

This ambiguity of meaning articulated through the disconfiguration of objects and observations based in, but radically departed from, reality is what immediately strikes the viewer when confronted with Helen Farrel’s latest body of work. Titled ‘Fetter’, the works which comprise this collection are majoritively painted canvases executed in an abstract mode (five square oils accompanied by two more diminutive pieces on paper), but despite this the guiding principle for the artist here is the practice of drawing. Thinking and meeting these pictures as such is useful when attempting to ground the experience of looking in this particular instance, as seeing here — if to see something is to look at and ascertain knowledge of it — is not immediate. Instead it is slippery and convoluted, overflowing with half-suggestions that trade in oneiric obfuscations. The painted canvases each depict scenes and movements that seem to oscillate rapidly between panicky restraint and a more unbridled dynamism, with the sequencing of these partially recognisable forms delicately attuned to towards a state of incompleteness. As right-of-access to any clearly defined sense of meaning is disbarred, the viewer is therefore left to wallow in an ocean of chthonic formal relations that encourage the construction of fictive realities.

Unlike the clinical purity of geometric abstraction — which demarcates itself from the experience of everyday perception through a strict linearity and rigidity based in the empiricism of mathematical laws — or even more expressive abstract styles — that would ruthlessly isolate and expunge any figures which could potentially signify a real object — the structural arrangements on display in Farrell’s work quite overtly gesture towards the formulation of things that are grounded in some kind of visible reality. Many of the outlines are reminiscent of André Masson’s Surrealist experiments with automatic drawing, and in a similar, although much more subtle, manner the charted movements reveal the trace of identifiable references. Yes, these figures are strange and unnerving, more formless than formed, but there is still enough of something here that is explicitly suggestive of an otherworldly creature or entity. It could be proposed, following a concept from philosopher Vilém Flusser, that what is shown and depicted here are a series of non-things; chimeric apparitions that are “in-formation”, necessitating that any legible meaning be excavated from a hidden substrate and subsequently “decode[d]”.[2] Indeed, the conceptual apparatus informing the work is indicative of such, with the artist emphasising as a central theme “the human need for myths and legends, gods and monsters”. Ergo, things that are decidedly unreal.

However, even that seemingly mundane proclamation (that gods and monsters are unreal) is problematic, being in actuality rife with complications that would seek to delimit the horizon of aesthetic experience. If I state that Farrell’s scrawly and skeletal-like mutations are unreal, the implication is that they, or any other image, could or should be able to depict something that is real. And that term real here, within art and aesthetics, is often taken as a naive synonym to signify a specifically defined purpose or meaning. The meaning of a representational painting resides in that scene to which it strives to imitate. A drawing’s meaning lays in its orientation towards the completion of some future goal, project, or idea. That kind of real meaning is, and by the artist’s own account, frustratingly absent here. Instead the modus operandi is firmly rooted in the presentation of unfinished circuits; emergent systems of line and form that have been momentarily interrupted and crystallised as disfigured illustrations. 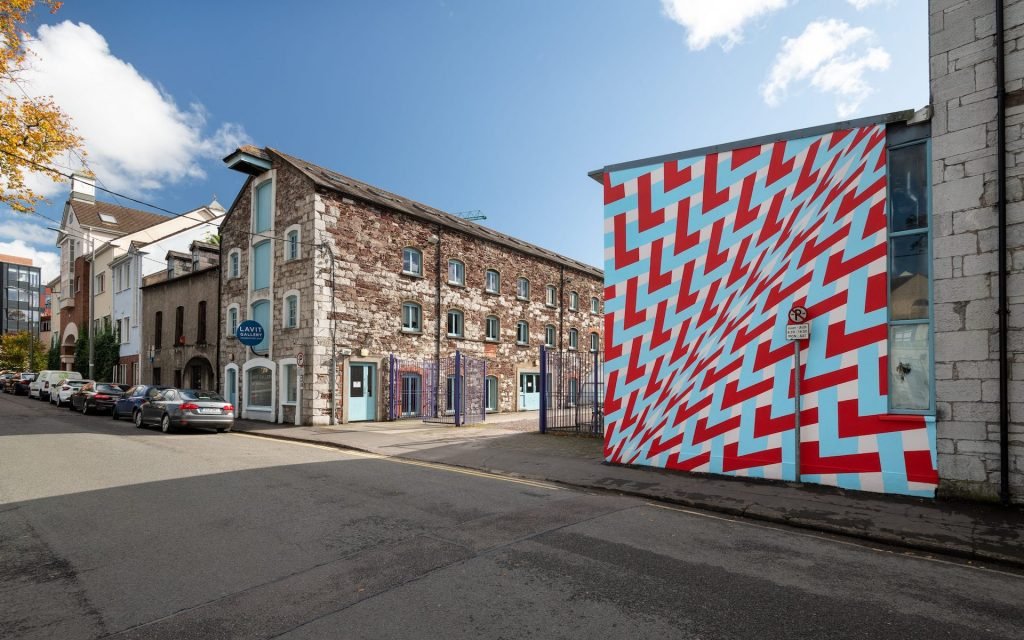 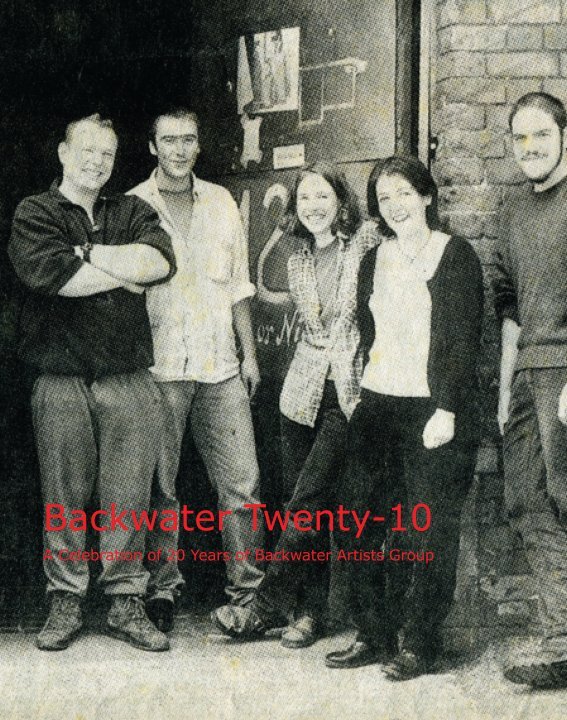 This website uses cookies to improve your experience while you navigate through the website. Out of these, the cookies that are categorized as necessary are stored on your browser as they are essential for the working of basic functionalities of the website. We also use third-party cookies that help us analyze and understand how you use this website. These cookies will be stored in your browser only with your consent. You also have the option to opt-out of these cookies. But opting out of some of these cookies may affect your browsing experience.
Necessary Always Enabled
Necessary cookies are absolutely essential for the website to function properly. These cookies ensure basic functionalities and security features of the website, anonymously.
Functional
Functional cookies help to perform certain functionalities like sharing the content of the website on social media platforms, collect feedbacks, and other third-party features.
Performance
Performance cookies are used to understand and analyze the key performance indexes of the website which helps in delivering a better user experience for the visitors.
Analytics
Analytical cookies are used to understand how visitors interact with the website. These cookies help provide information on metrics the number of visitors, bounce rate, traffic source, etc.
Advertisement
Advertisement cookies are used to provide visitors with relevant ads and marketing campaigns. These cookies track visitors across websites and collect information to provide customized ads.
Others
Other uncategorized cookies are those that are being analyzed and have not been classified into a category as yet.
SAVE & ACCEPT
error: All of our Artists & Members content is protected.
Scroll to Top
Scroll to Top
Skip to content